We didn't think there were any Mexican restaurants in town that we haven't been to at least once but we found one today, and it was a great find. The entrance is off Andre Street where street parking is available. Christmas decor was still up :-) 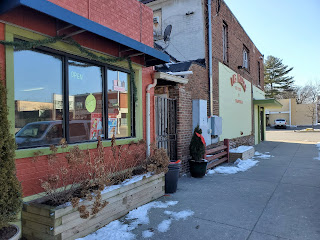 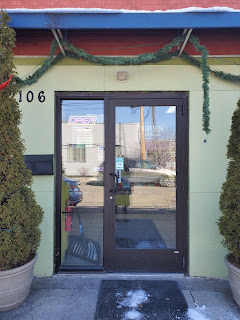 It was counter service so we stepped up to check out the menu. It's a good sign of authenticity when goat and tongue are on the menu. Oddly, hamburgers, hotdogs, and fries were also on the menu, added for obvious reasons I suppose (kids, American tastes). 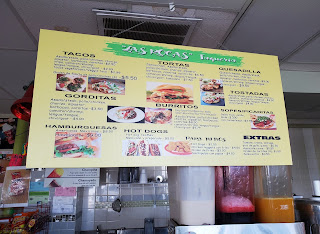 Besides the usual items, they also specialize in fruity beverages - a lot of them - and claim to have the best coffee in town. 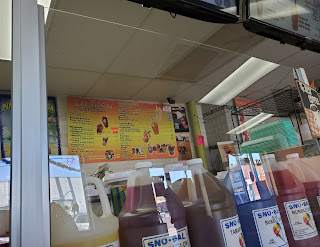 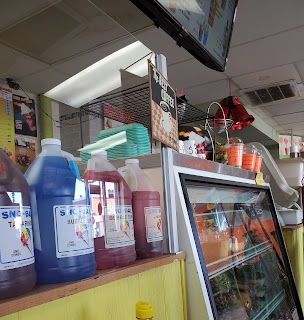 There was one woman working behind the counter and another in the kitchen, and no one else was in the place at the moment. Our food arrived fairly quickly and looked beautiful. One veggie taco and a bean burrito - both chock full of vegetables, queso, and rice. (This burrito puts Butch's bean burrito to shame, fyi.) Both were flavorful and delicious. Hot sauce is on the table so you make it as hot (or not) as you would like. 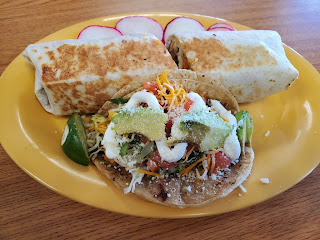 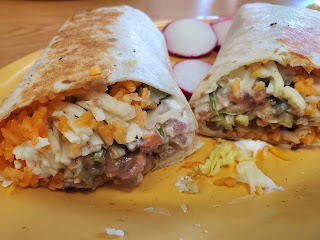 Our second platter was a tongue taco, a shrimp taco, and a steak gordita. We don't know if they make their own tortillas here but they sure seemed fresh. The tacos were top notch but the steak in the gordita was overly salted. Other than that, the food here is wonderful, each entree nicely balanced and combined with plenty of fresh vegetables. 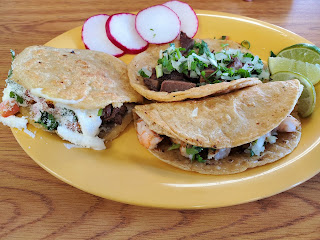 It's not a cozy space but rather utilitarian. More tables would fit in the space but we're guessing a lot of their orders are take-out. There's one TV playing and we had to move out from under it due to the volume. 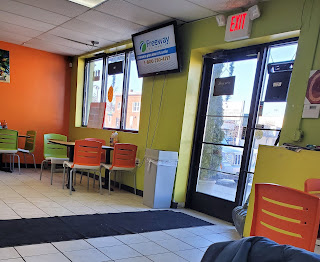 You will have to hazard your own guess as to maximum occupancy (find the sign :-) ). 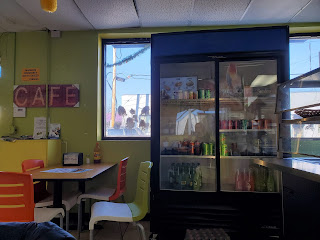 While we were eating, a man came in and started talking to us, incessantly, and it became quickly clear he was a panhandler. That was a first for us in a restaurant. After about 3 minutes we told him we didn't want to talk any longer and he did an about-face and walked out immediately. He and the woman behind the counter greeted each other when he entered so he must be a regular.

Standing at a counter perusing a menu while someone is waiting to take your order always adds a little pressure to ordering. So if you go, pay attention to the extras and order the traditional chips and salsa that are brought out automatically in full service restaurants, because it's a tradition :-) Would we return here? Absolutely! Next time you're around Burton & Division, stop in for some excellent food! 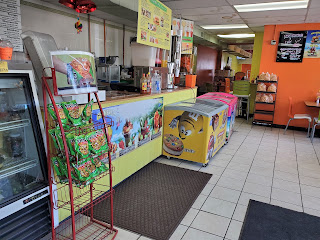 Posted by EatingOurWayThroughGrandRapids at 3:33 PM No comments: